Across the Endless Sea...

lies an island filled with unimaginable blasphemies. A heretical religion thrives in the place known on the mainland as The Island of Dying Gods. The island's last town, New Galgenbeck, lives in the shadow of the Cathedral of Wezsu. The residents, all believers in a monkey-faced "ever-living" deity, carry out murderous tasks assigned to them by their religious leader, a man known simply as, The Bishop.

On the far eastern side of the island sits The House of Lost Hopes. A group of recluses wage a war of attrition against a terrifying foe with the help of some supernatural or otherworldly entity.

Near the mouth of the harbor lies The Spire of Malice. This towering lighthouse holds secrets long feared. Most of all, the light that blazes day and night with a wondrous and beguiling glow. The Spire's madness draws many outsiders and strangers into its maw, but the locals know some things are better left alone.

Three adventures all on the same island. Run them independently or use Vol. 2 like a campaign book, stringing them together. Made for MÖRK BORG, but compatible and easily adaptable to the fantasy RPG of your choice.

Development and Editing by Matthew K.

30 Days of MÖRK BORG, Adventure Chapbook Vol. 2  is an independent production by Rugose Kohn and is not affiliated with Ockult Örtmästare Games or Stockholm Kartell. It is published under the MÖRK BORG Third Party License.

In order to download this game you must purchase it at or above the minimum price of $7.37 USD. You will get access to the following files:

Support this game at or above a special price point to receive something exclusive.

Get it in print with A3 poster map!

68 pages, A5, staple bound zine, full color. Includes full color A3 size poster map of The Spire of Malice and The Cathedral of Wezsu. Also get the PDF. 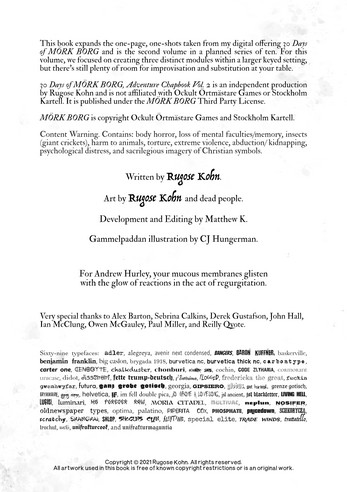 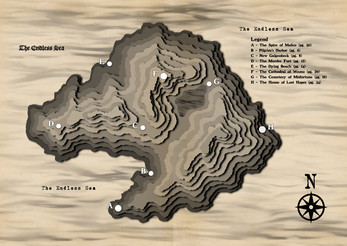 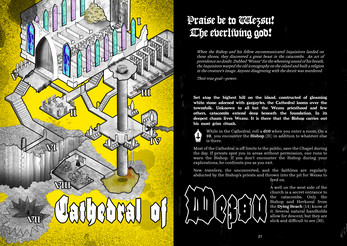 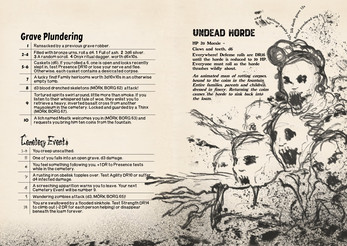 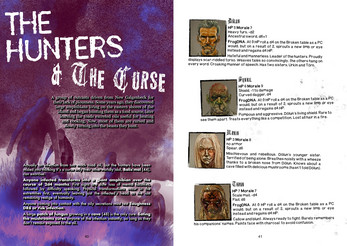 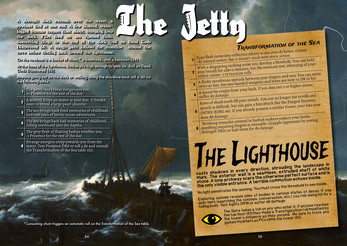